Bill Ruse, former President and CEO of Blanchard Valley Hospital has passed away.

Ruse led the local hospital system for decades before retiring in 2001.

Scott Malaney replaced Ruse as CEO and says Bill was very gracious in the transition and afterward.

“Bill was absolutely exemplary in terms of how he dealt with leaving after so long and helping me,” Malaney told WFIN.

Malaney says there were many times he talked with Bill to pick his brain about things and Bill was always ready and willing to help out.

As Malaney mentioned in the audio above, he feels like the community has lost an icon with Bill’s passing.

“He was always thoughtful, inciteful and most gracious.”

Malaney says when Bill was in on something, he was all in, and the community is much better off because of it. He said Bill was instrumental in developing the local hospital system we see today.

“Whatever we were able to achieve over the last 20-plus years, the table was set by Bill Ruse, he made possible what exists today.”

“A remarkable man, a most gracious man and one that will be missed.”

Bill Ruse passed away on Tuesday at the age of 88.

The emergency room of Blanchard Valley Hospital is named the William E. Ruse Center as seen below. 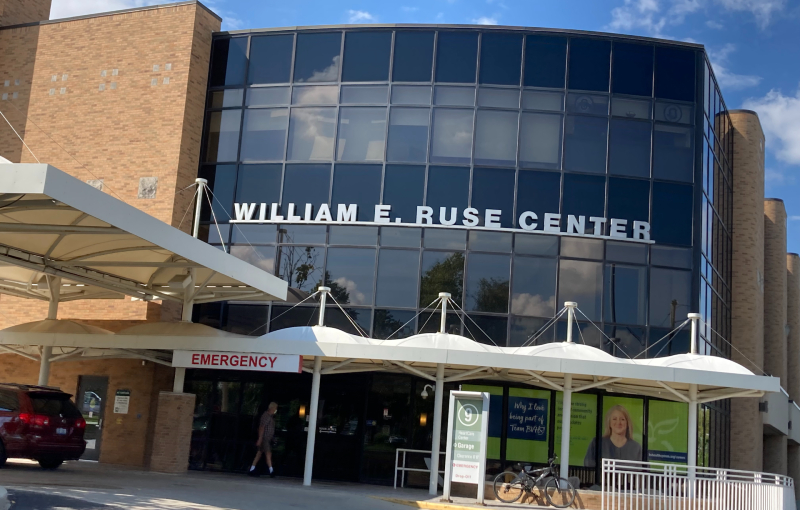