Keep in mind, the results, as with any election will be unofficial until certified by the board of elections.

The Blanchard Valley Center tax levy was approved with nearly 70 percent of the vote.

In other results, the Van Buren School District income tax issue passed with 52 percent for and 46 percent against.

And in Putnam County, the Republican primary for county recorder went to current Chief Deputy Recorder Lori Rayle with 82 percent of the vote.

Again, the results are unofficial until certified by the board of elections, and since this election was conducted via absentee ballot only, some ballots could be late arriving and alter the final tabulations a bit.

Unofficial results show Heldman with 7,565 votes to 3,130 votes for Tim Saltzman and 886 for Verl Warnimont.

Since no democratic, independent, or write-in candidates had filed, Heldman will run unopposed in November.

Heldman, who started as a deputy in 1972 and became sheriff in 1997, says his experience continues to make him the best person for the job. 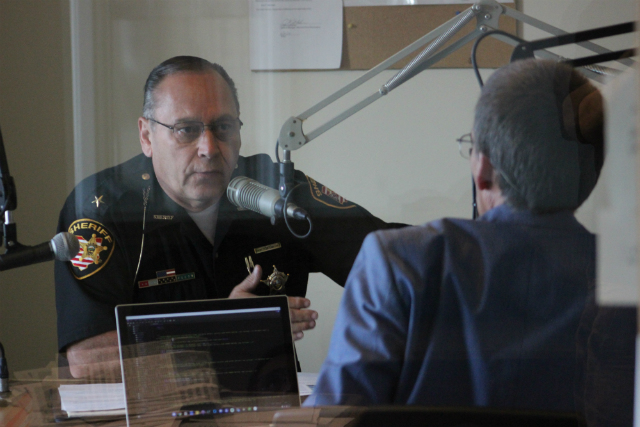 The operating levy that Findlay City Schools put before voters in the Tuesday primary was unsuccessful.

Unofficial results from the Hancock County Board of Elections show the levy failing by a vote of 4,438 to 3,979, or 52 percent against and 46 percent for it.

The school district said the five-year 5.9 mill levy would have generated about $5 million annually.

That’s a little more than $17 a month that would be added to your school taxes.

The school district previously said that it could face a $12 million deficit by 2024 without additional operating money.

The district had said that if the levy failed it would have to cut electives and consider reducing staff.

The University of Findlay will be honoring its 2020 graduates with a virtual celebration.

The virtual celebration, to be held the week of May 11th, will include a digital commencement program listing each graduate’s name, special messages from the university’s president, faculty and alumni and a first-person view of the Griffith Memorial Arch Ceremony.

The university says a true graduation ceremony will be held in the fall.

Ohioans won’t be required to wear masks when they go out in public as COVID-19 restrictions ease across the state.

Governor Mike DeWine made the announcement on Tuesday, saying he paid attention to the feedback he received after Monday’s press briefing suggesting people should wear face coverings.

Despite face coverings not being a requirement, they are still highly recommended.

And the governor says business owners can require it.

He says the recommendation that masks be worn came from business owners to protect employees.

“They can make a decision that those coming in the door need to wear a protective covering.”

We aren't mandating that customers wear masks in retail locations, but business owners can require it. The recommendation that masks be worn came from business owners to protect employees. They can make a decision that those coming in the door need to wear a protective covering.

Some Findlay students are showing their appreciation for frontline workers by writing them letters.

Heather Welty teaches ESL (English as a Second Language) at Wilson Vance and has 27 students from 10 different countries.

She says during their weekly online class the students suggested writing letters of appreciation to healthcare workers and first responders.

“They just really wanted to thank the frontline workers for being brave and taking time away from their families and for keeping them safe.”

Heather says she’s really proud of her students for coming up with the idea and hopes the letters bring a smile to the faces of our local frontline workers. 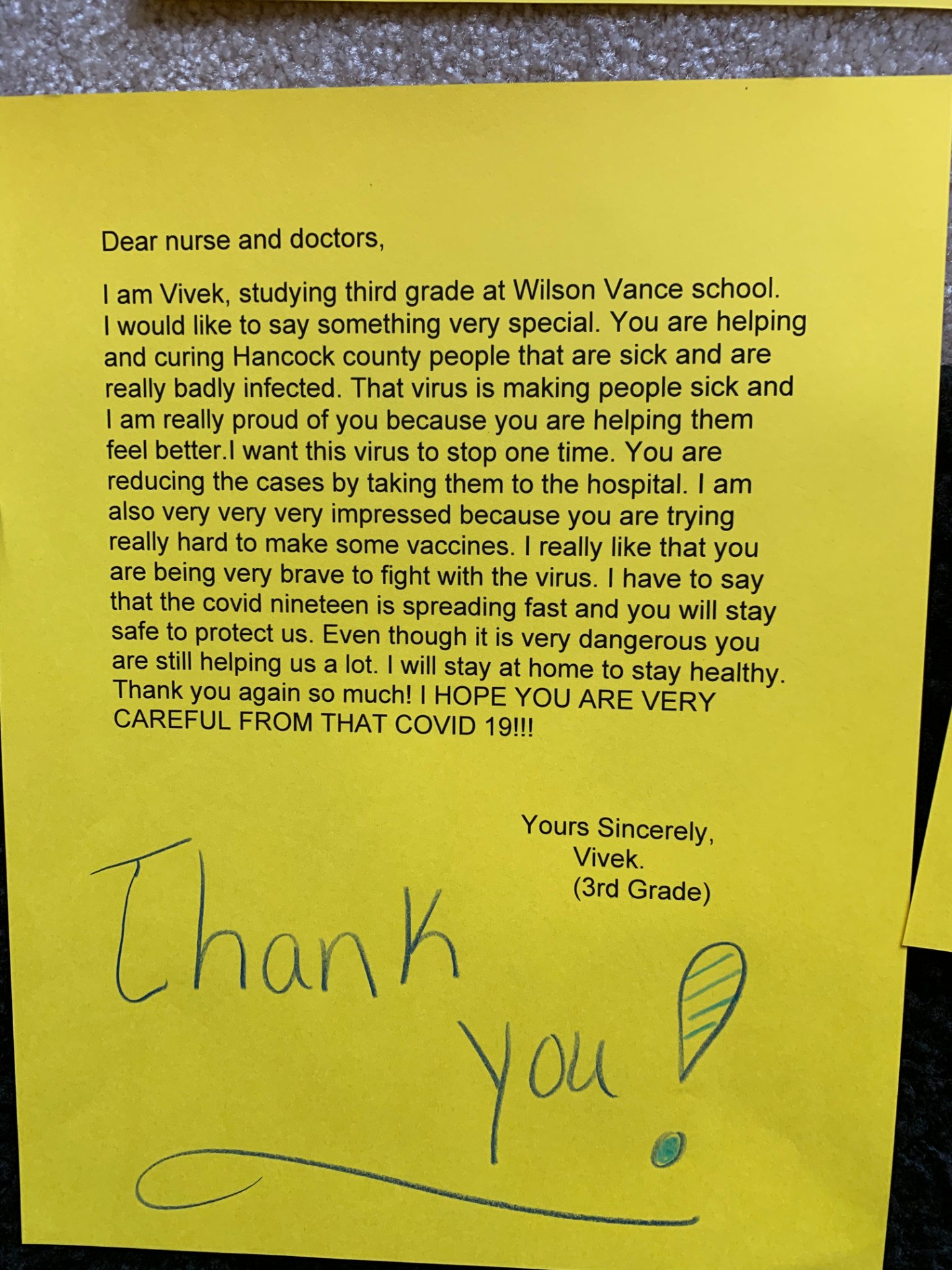 A Findlay manufacturer has switched gears because of the coronavirus pandemic.

Operations Manager Brad Butler says their parent company in Italy makes masks and respirators and now they’ve started up some lines in Findlay.

Butler says his engineering team has been great working seven days a week designing and working with the Italian team to get the lines up and running.

He points out that as they’re making masks they’re wearing masks and taking other precautions to prevent the spread of the virus.

He says once they reach full capacity with the masks line and if automotive comes back to where it was before the pandemic they could be adding up to 60 jobs at the Findlay plant. 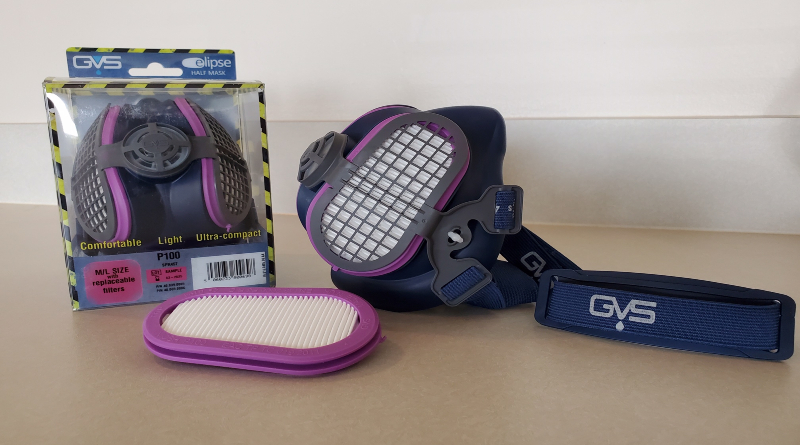 There is now a bobblehead of Dr. Amy Acton, the director of the Ohio Department of Health.

It’s expected to ship in July, but the National Bobblehead Hall of Fame and Museum is taking orders now.

The hall of fame says Acton has been called “the real MVP of Ohio’s coronavirus response” by Ohio House Minority Leader Emilia Sykes and “Ohio’s trusted face during the pandemic” by the Dayton Daily News.

DeWine is one of only four governors featured as bobbleheads.

Five dollars from every figure sold goes to a national charity that provides masks for health care workers.

He says just because the state will slowly be reopening come May 1st doesn’t mean the virus is going away.

“Remember, we still have a very virulent virus out there that’s very contagious and causing a lot of problems. That has not changed.”

He says life will not quickly go back to the way it was before. In fact, he sees the coronavirus lasting through the rest of 2020 and is urging people to remain vigilant.

Hancock County was at 37 cases of the coronavirus and one death as of Monday afternoon.

The University of Findlay says the school’s choir put their heads, and voices, together (while still following the recommended social distancing guidelines) to create a virtual choir.

The result: an outstanding and uplifting performance by students, faculty, alumni and members of the community.

In the video below, the 40-member choir comprised of Findlay students, staff, and community members sings “The Road Home” by Stephen Paulus.

You can read more about how the virtual choir came together here and you can watch their performance below.