The Baker’s Cafe will reopen at their new location in downtown Findlay on Friday.

“It will be nice to see some familiar faces and hopefully a lot of new ones,” said owner Lisa Allen.

She says it took longer than expected for them to move from their East Sandusky Street location to their new location at 408 South Main Street because of the pandemic but now they’re ready to go.

We asked what item her customers may have been missing the most during this transition.

“Probably the brownies. They’re our number one seller.”

And she says they do great lunch business with a wide variety of soups, salads and sandwiches.

Lisa also says she has some customers who eat her quiche probably 3 to 4 times a week.

“I bet they’ve been missing us. We’ve missed them.”

She says they’ll be offering carryout, curbside and delivery as they reopen on Friday.

Their initial hours will be Monday through Saturday 8 to 2 and possibly expand beyond that in the future.

Lisa’s excited for everybody to see their new location at 408 South Main Street, next to Logan’s Irish Pub, which is much bigger than the previous location. 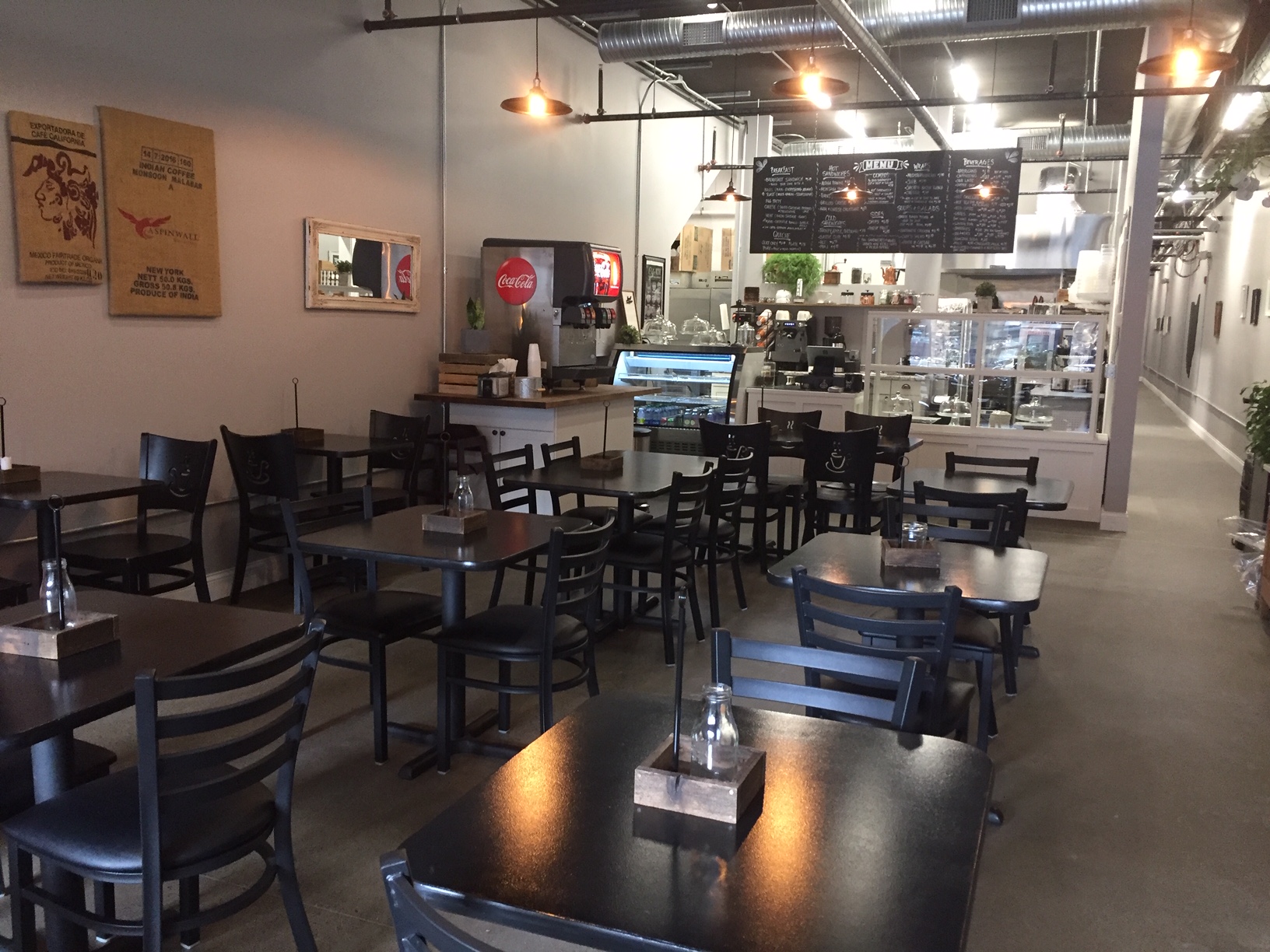 Unemployment claims in Ohio have topped 1 million over the past six weeks.

The state has doled out more than $1.4 billion since around St. Patrick’s Day when the state started being shut down because of the coronavirus pandemic.

Some of those restrictions will lift on Friday but the stay home order will remain in effect.

At least 30 million Americans are out of work due to the coronavirus.

Thanks to the pandemic people aren’t allowed to pack downtown Findlay for the spring ArtWalk on Friday, however, the event will still be taking place…virtually.

You’ll still be able to enjoy the fun of the ArtWalk from home with studio tours, virtual gallery shows and other online activities.

All the links you’ll need to enjoy the virtual ArtWalk will be posted in the ArtWalk Facebook Event.

See the full schedule and learn more about the virtual ArtWalk here.

Governor DeWine’s plan to slowly get the state back to normal allows for dentist offices to reopen on Friday.

“Patients will come in a side door and get their temperature taken and then will be taken straight back to the operatory instead of waiting in the waiting room.”

She’s asking patients to wear a face mask as they enter the business.

Patients will then leave out of a different door than they entered.

The day before the appointment the patient will get a call from the office asking several questions that have been recommended by the American Dental Association.

Kim says they’ve been working to get all the personal protective equipment they need for the staff, like face shields which she says have been hard to come by.

She says they’ve performed several emergency dental surgeries during the pandemic so they’ve already been functioning under these circumstances.

People can call Downtown Findlay Dental at 419-422-9034 to ask a question and schedule an appointment.

Drive-in theater owners like Jim Walter, was shocked that they weren’t included in Governor DeWine’s first wave of businesses allowed to re-open.

“Frankly we’re a business that was made for social distancing,” said Walter, the owner of Sundance Kid drive-in in Oregon, near Toledo.

“We just have one car in between each one of our speaker posts that are 20 feet apart.”

There are 24 drive-in theaters in Ohio and all of them came together and wrote letters to the governor and to their local representatives.

They say they can keep people safe while allowing people to be together again in this new normal.

And the total number of cases in the county was up to 64 as of Wednesday.

On Monday the county was at 54 cases and five deaths.

On April 23rd the health department reported a big jump in cases of COVID-19 when cases went from 23 to 47.

Health officials said the increase was mostly due to an increase in testing and lab-confirmed cases related to the outbreak at the Meadows of Leipsic.

The health department says it’s important to monitor for symptoms of coronavirus and to contact a healthcare provider if you begin to show signs or symptoms.

Additional information can be obtained on the state’s coronavirus website and on the Putnam County Health Department website.

A house on Orchard Lane in Findlay sustained significant damage in a fire on Wednesday afternoon.

Firefighters responded to 128 Orchard Lane at around 12:30 to find heavy smoke coming from the attic of the house.

“They started an interior attack and made their way to the attic and fought the fire from the attic for a period of time,” Assistant Chief Brian Sanders told WFIN on the scene.

He says the fire drove the firefighters from the attic and they fought it from outside for a few minutes but they were then able to get back into the attic and extinguished the fire.

He says it took about 30 minutes and a total of 15 firefighters to put out the fire.

The fire left a big hole in the roof and caused smoke damage throughout.

Sanders says the fire likely started in the attic and the cause is under investigation.

No one was injured in the fire.

Sanders says a passerby stopped and told a woman in the house that her house was on fire and she was able to get to safety.

“She had no idea because the interior of the house was completely clear at that point.”

The superintendent of Findlay City Schools says the district will waste no time in trying again after their operating levy was voted down in the Tuesday primary.

Ed Kurt says they need to keep asking the community for support because they’re in an operational deficit.

He says they plan on putting the operating levy on the ballot in the August 4th special election and if that’s unsuccessful they would put it on the November ballot.

Kurt says, with this levy defeat, they’ll already have to make some personnel cuts for the next school year and he says a defeat in August and November would result in cuts that in his opinion would “cripple” the district.

Kurt says he wants voters to know that this levy is necessary just to allow the district to maintain what they’re doing and to continue providing the opportunities students are used to.

He says he’s very proud of the levy committee and everyone that worked so hard and that they were confident going into the election.

However, he believes what the pandemic has done to the economy hurt their chances of passing the levy.

The school district said the five-year 5.9 mill levy would have generated about $5 million annually.

That’s a little more than $17 a month that would be added to your school taxes.

Blanchard Valley Health System will be holding another Facebook Live event to update the public on their response and plan for the coronavirus pandemic.

President and CEO Scott Malaney and Dr. William Kose will speak to the community for a third time about the pandemic and give an update on the health system’s response from 5:30 – 6:30 p.m. on Thursday, April 30th.

They will be taking questions from the community.

Questions can be submitted ahead of time by emailing community@bvhealthsystem.org.

The 2020 Marathon LPGA Classic has been moved two weeks later as part of a revised LPGA schedule.

The golf tournament will now be held July 20th through the 26th at Highland Meadows Golf Club in Sylvania.

Tournament officials say having two more weeks in July for Governor DeWine to potentially lift social restrictions for outdoor sporting events was a key driver in helping them make the decision.

The tournament will have $2 million in prize money and all four rounds will be televised on the Golf Channel.