A big crowd gathered outside Findlay City Hall Friday night as Mayor Muryn and Santa Claus himself counted the lighting of the city Christmas Tree.

The crowd cheered as the Christmas Tree lit up, and then families picked out a good spot in front of the tree to take a family picture.

A few seconds after the tree came aglow Santa headed across the street to the Findlay Kiwanis Santa’s House at St. Andrews United Methodist Church.

Youngsters had a chance to meet the Jolly Fat One and tell him what they wanted for Christmas.

There were also cookies and hot chocolate to enjoy, and people even went on horse-drawn wagon rides through downtown.

The city thanks the Wellman Family for donating the Christmas Tree and Industrial Movers for help in getting the tree to Dorney Plaza and also Wolfe’s Produce.

Hundreds of people enjoyed a nice Thanksgiving Meal with all the trimmings at StoneBridge Church in Findlay.

We spoke with Lead Pastor Michael Wise about their Annual Thanksgiving Meal and what it means to the community.

He says it would be great if everyone had enough to eat on Thanksgiving, but unfortunately that’s not the reality.

“But in the meantime, whatever the community’s need is we just want to meet that every year.”

“Our goal is to be the best neighbors we can be and to bless our community, in the way that we’ve been blessed we want to pass it along.”

He says the church served up around 2,400 meals on Thanksgiving, with about 800 of those being delivered.

After Black Friday comes Small Business Saturday and plenty of shops in downtown Findlay will be taking part.

This includes Creative Fringe at 404 South Main Street, next to Japan West.

Owner Lisa Hoekstra says they’ll be having sales to celebrate the day.

She said she might even have drinks available for people shopping small depending on how cold it gets.

Her store offers everything from homemade clothing and art pieces, to comic books, baseball cards and vintage toys.

Lisa said that it is important to shop small and support local businesses because they don’t have the same resources as bigger chains and often struggle with the competition. 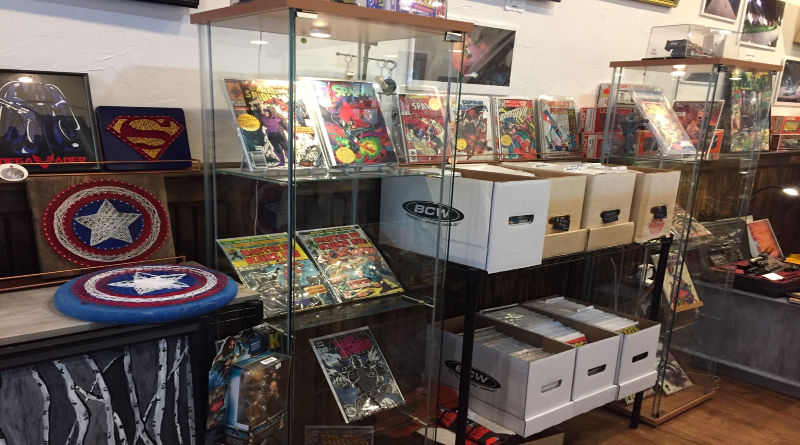 A man’s behind bars after allegedly stealing a vehicle from outside a Findlay gas station and leading police on a chase up Interstate 75.

Police say it started a little before 11 o’clock Thursday night in the parking lot of the BellStores convenience store at 1215 West Main Cross Street.

Investigators say Brent Alan Stoychoff got into a fight with someone while stealing their vehicle, and then fled in the stolen vehicle northbound on Interstate 75.

Police say the chase reached speeds of 100 miles per hour before the stolen vehicle broke down just south of North Baltimore.

Stoychoff was arrested and taken to the Hancock County Jail.

The victim suffered minor injuries in the fight and refused medical attention at the scene.

While people are out celebrating tonight, Safe Ride Home will be offering rides to make sure they have a happy Thanksgiving tomorrow.

The organization provides free rides home to anyone in Hancock County.

The basketball game tonight between Findlay High School and Toledo Start has been postponed.

Officials are concerned about making teams and spectators travel in the high winds.

No date has been given for the game but officials say the game will be rescheduled.

State Representative Jon Cross has announced he’ll be running for reelection in 2020.

The Republican represents the residents of the 83rd Ohio House District, which encompasses all of Hancock and Hardin Counties and the northern part of Logan County.

Cross is currently in his first term in the Ohio House and says his work has only just begun.

Cross spoke at the opening of the Lima Avenue interchange in Findlay on Tuesday and, with it being Beat Michigan Week, got in a jab at Michigan.

You can see that video below, as well as his campaign’s full media release about his reelection bid.

The 83rd House District encompasses all of Hardin and Hancock counties and the northern part of Logan County. Representative Cross is currently in his first term, after winning the seat in 2018 with nearly 70 percent of the vote.

“I strongly encourage the reelection of Representative Cross. I proudly endorse him to continue serving the people of the 83rd district,” said Speaker Larry Householder.

While in the legislature, Representative Cross has been a champion for the people of Northwest Ohio. Representative Cross brought his conservative values to the Ohio Statehouse, voting in favor of the Heartbeat Bill, income tax reduction, and critical infrastructure funding. He has voted for increased school funding and better healthcare transparency.

“I am honored to serve the people of Northwest Ohio. We’ve made great strides so far, but our work has only just begun. I promise to keep fighting for you, and to make the 83rd District safer, stronger, and open for business,” Representative Cross said.

Representative Cross is the former president/CEO and economic development director of the Hardin County Chamber & Business Alliance. His career pathway has allowed him to obtain a vast amount of public and private sector work experiences throughout the United States in business, government, non-profit, real estate development and economic and workforce development.

Representative Cross lives with his wife, Christina, and their two sons in Kenton.

A woman was injured in a two-vehicle crash just west of Findlay.

It happened at State Route 12 and County Road 140 at around 4:15 Tuesday afternoon.

The Hancock County Sheriff’s Office says Maggie Lease, 20, of Mount Blanchard, was attempting to turn eastbound onto State Route 12 from County Road 140 when she failed to yield to traffic on State Route 12.

Her car was hit by a van being driven by Debra Felkner, 66, of Benton Ridge.

Airbags deployed in both vehicles.

Felkner was injured in the crash and taken to Blanchard Valley Hospital.

Neither Lease, nor a 13-year-old passenger in her car, were injured.

The sheriff’s office says Lease was ticketed for failure to yield.

The Ohio Department of Transportation says a near-record number of expected travelers for Thanksgiving means the roads will be packed.

ODOT is asking drivers to be patient as they head to their Thanksgiving destination.

Details are in the following media release.

Nearly 2.3 million Ohioans plan to travel more than 50 miles from home for the Thanksgiving holiday, according to AAA. This is the highest number since 2005.

AAA predicts 89 percent of Ohio travelers will drive to their destinations, which means you can expect crowded roadways. According to Ohio Department of Transportation traffic count data, the peak travel time last Thanksgiving was between 3-4 p.m. on Wednesday. Overall, ODOT expects a 63 percent increase in traffic during the Thanksgiving holiday weekend, making it the busiest holiday travel period of the year on Ohio’s roads.

“This holiday, we want to see all Ohioans safely get to their destinations, and enjoy time with friends and family,” said Governor Mike DeWine. “I’d like to encourage drivers to exercise caution when driving through congested areas, and any inclement weather.”

With the extra traffic, ODOT will suspend roadwork and open as many lanes as possible. However, it’s not possible to remove all orange barrels. Drivers should pay extra attention while driving through work zones and allow additional time to reach your destination. Check OHGO.com for information about work zones. You can also find travel alerts and access more than 700 live traffic cameras.

“Thanksgiving should be a time of gathering with family and friends. We’ll do all we can to make sure everyone arrives safely,” said ODOT Director Jack Marchbanks. “That’s why we want to see everyone obeying the speed limit, buckling up, and paying attention on the road. If you plan to drink, please let someone else do the driving.”

To promote safe driving habits, ODOT is running several safety messages on more than 130 digital signs across the state. These messages include some submitted by the public.
“These lighthearted messages carry a very real and serious purpose,” said Director Marchbanks. “Our hope is that they will spark a conversation about safe driving and encourage travelers to make good choices on the road.”

According to the Ohio State Highway Patrol, seven people were killed in seven deadly crashes during the Thanksgiving holiday weekend last year. Two of those fatalities were the result of an impaired driver and three were unbuckled. Troopers will have an increased presence on Ohio’s roadways to promote a safe Thanksgiving holiday. If you need assistance or see an unsafe driver, call OSHP by dialing #677.

(ONN) – The Supreme Court of Ohio has agreed to hear an appeal over whether gun-rights groups have the ability to challenge the ban on bump stocks in Columbus.

According to Cleveland.com, if the court rules that Buckeye Firearms Association and Ohioans for Concealed Carry have standing to sue, it could open the door to other activist groups challenging local ordinances on a variety of topics.

Columbus passed its ban on bump stocks in 2018.

A Franklin County judge initially found the Columbus ban to be unconstitutional, but a state appeals court overturned that ruling earlier this year on the grounds that the non-profit groups didn’t show that they suffered a legal injury from the ordinance.

A bump stock, in effect, converts a semiautomatic firearm into a fully automatic one.